What is a Loft?

Anatoly: There is a good old principle: If you want something done well, do it yourself.

Volodya: Or with friends.

The reporter: Anton Kozlov, Vladimir Nizovtsev, and Anatoly Smirnov have been making films together for a long time. They then became unemployed all at once and decided to start their own business renting out loft studios. To do this, they rented out the premises of two former communal apartment buildings at Chistye Prudy. The guys had to decide on final redecorations in two months on the 270 square meters premises. The task was almost impossible, given their lack of experience.

Anatoly: When we were starting the redecorations, we hoped to find some treasures in the floor – or in the walls.

Volodya: And to afford the redecorations.

Anatoly: And yes, to afford the redecorations and to pay off our debts which were quite huge.

The reporter: Anton, Volodya, and Anatoly rapidly started to master a new craft as builders of general labour until all the framework of the future loft wasn’t spoiled by hired helpers from former Soviet Union countries.

Anatoly: They were making the walls completely flat, and Anton came looking at them saying, “No, guys, that won’t do. I told you that you need to do it like this…” And what they do next? Because everything has to be flat and beautiful, they put three smooth stripes. No, not like that, please.

The reporter: That’s how Moscow, Byzantine, and French studios appeared. In French studio, there is a complete illusion of a morning in the attic and the center of Paris is created.

Anton: So, a person going to sleep in fact wakes up – or if they don’t sleep until very late, they see the sunrise.

The reporter: The arrangement of furniture, the texture of walls, high-tech – the guys created the studios that are comfortable for them. But it turned out that they hit the trend, which was in demand among both Italian artists and designers from Nizhny Novgorod.

Anatoly: We wanted to cling to some things that make a difference, that have some story behind them, and things that are not bought from a shop and made in China. But rather have some fancy things to spend half of your life together with you, and after that, whatever odd it is, carries a great value in itself.

The reporter: So, loft in architecture is like an arthouse movie or jazz music. It is not a mass-consumption product at all. Many people like it, but it will never be understood by everyone.

Anatoly: People, who like Loft, are also in love with jazz and are intelligent. I am totally convinced of that. If a person is intelligent in general, it is associated with specific colors, textures and, of course, books. There is, for sure, an absolutely new formation of people, who didn’t live in such rural Soviet Union. They started thinking more freely, and regarding the period of time in a different way. That’s why they are interested in history, regions, and began to look for their roots, their ancestry. That’s where history begins, and with history here comes Loft. 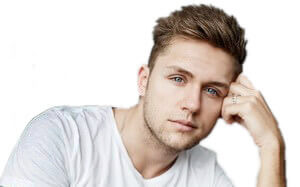