The contemplation of bizarre
combinations of colored forms
taught to understand abstractions
and how to manage it.

The contemplation
of bizarre combinations
of colored forms taught to
understand abstractions
and how to manage it. 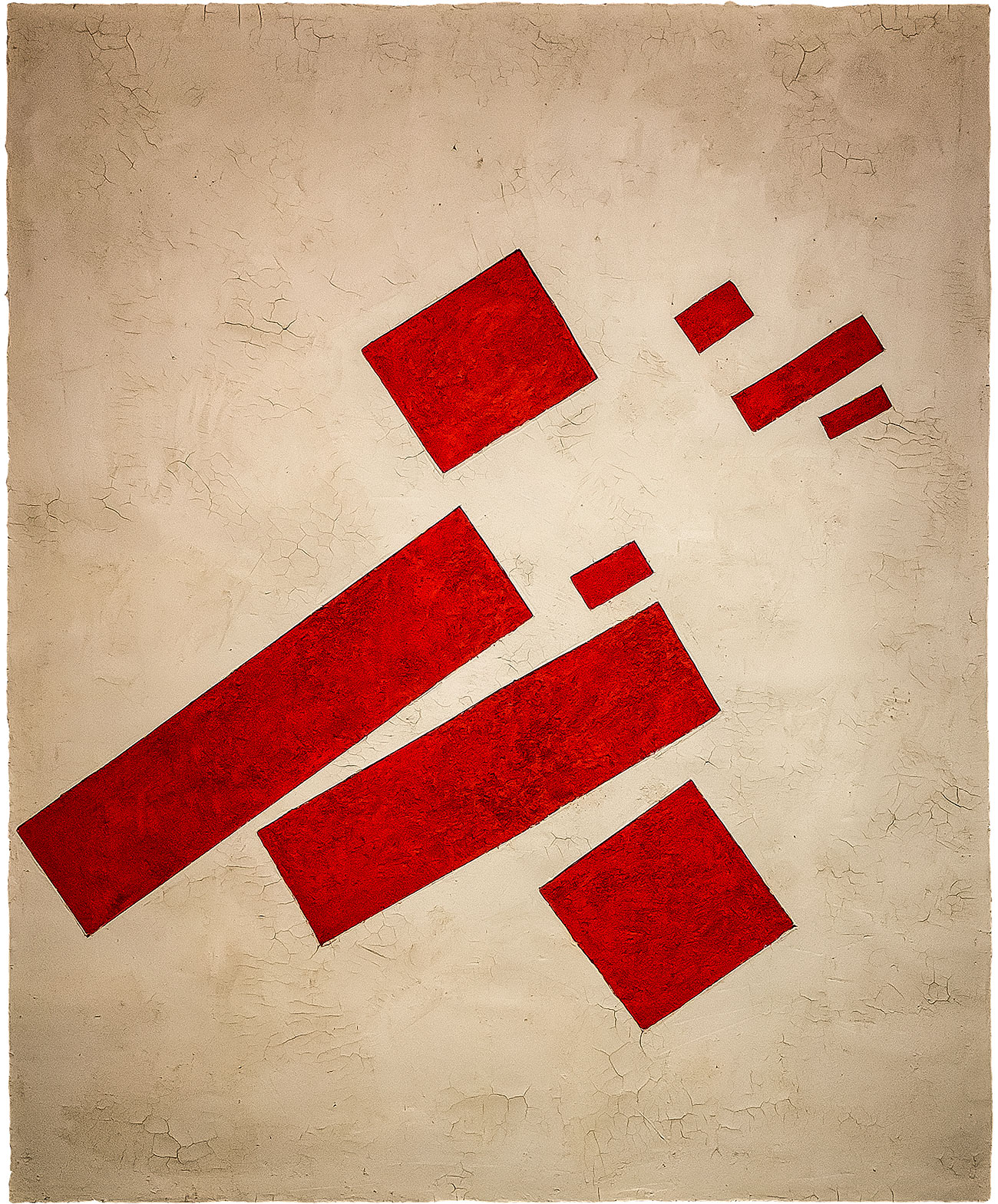 “There are a lot of types of art, but the art to create is only one, and for the first time we carried it out of the chaos of the art of repetition.”

Manifesto of Suprematism from 1918.

There is a person in the Mama Ro team for whom visual perception is one of the most important things, for example, when we watch movies all together and everyone speaks poorly about the film he is the one who will say: “But the Director of photography’s work was excellent!”.The habit of “letting everything pass” through the eyes has become the basis for the Suprematist studio where the entire interior is filled with lively combinations of shapes, lines and colors, and where the unique Suprematist compositions with a million different meanings and contents hide in every corner. It’s a “pure art” as Malevich would say! 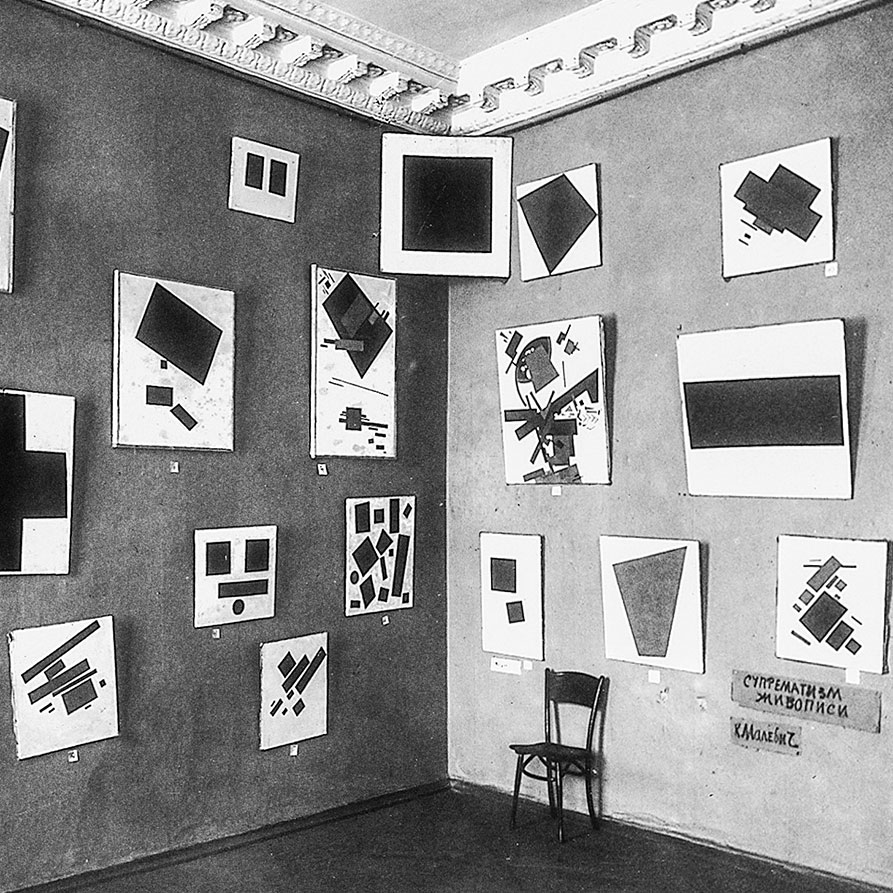 In St. Petersburg, there is a house dated from 1909 on Borovaya street. When you look at this building you would think that it has absolutely no depth and the windows are fake. This effect is due to not because it has the most usual shape of the building but that it has one of its corners slightly beveled. Thanks to this combination of architectural features and observation points you get an illusion of a “thin house”. And as you slightly move, the house becomes voluminous.

The artist Felice Varini applies the same principle in his work. His works can be composed of the “colored chaos” just by looking at them from a certain point and at a certain angle. Some call this point “the author’s view”.

With this kind of an optical illusion the Suprematist studio begins. A dynamic combination of colored figures of various shapes and sizes change their geometry together with the observer’s eyes when he or she goes inside the studio. Thus, “the author’s view” gets revealed – a place in which the composition is composed and becomes what the artist had planned.

This is the main point of the studio: here you can take a look at the entire space as a whole, here everything falls into place and the viewer gets to see the hidden before Suprematist compositions of the space built of the combinations of shapes and colors.

“The author’s view” is special since it doesn’t dictate nor command, doesn’t tell you about the meaning put in the compositions, it simply gives a helping hand to choose a harmonious angle from which you can overlook as much as possible.

There are also references to other branches of Russian avant-garde in the studio : a bar with a bunch of functions but of a strict shape like an echo of El Lissitzky’s Proun, and the symmetry of the entire space as a whole is like posters and photo collages of Alexander Rodchenko.

“Geometric abstraction without the fragments of the real world” – this way Kazimir Malevich described the concept of Suprematism once created the “absolute zero of art”, his unprecedentedly famous “Black Square”. 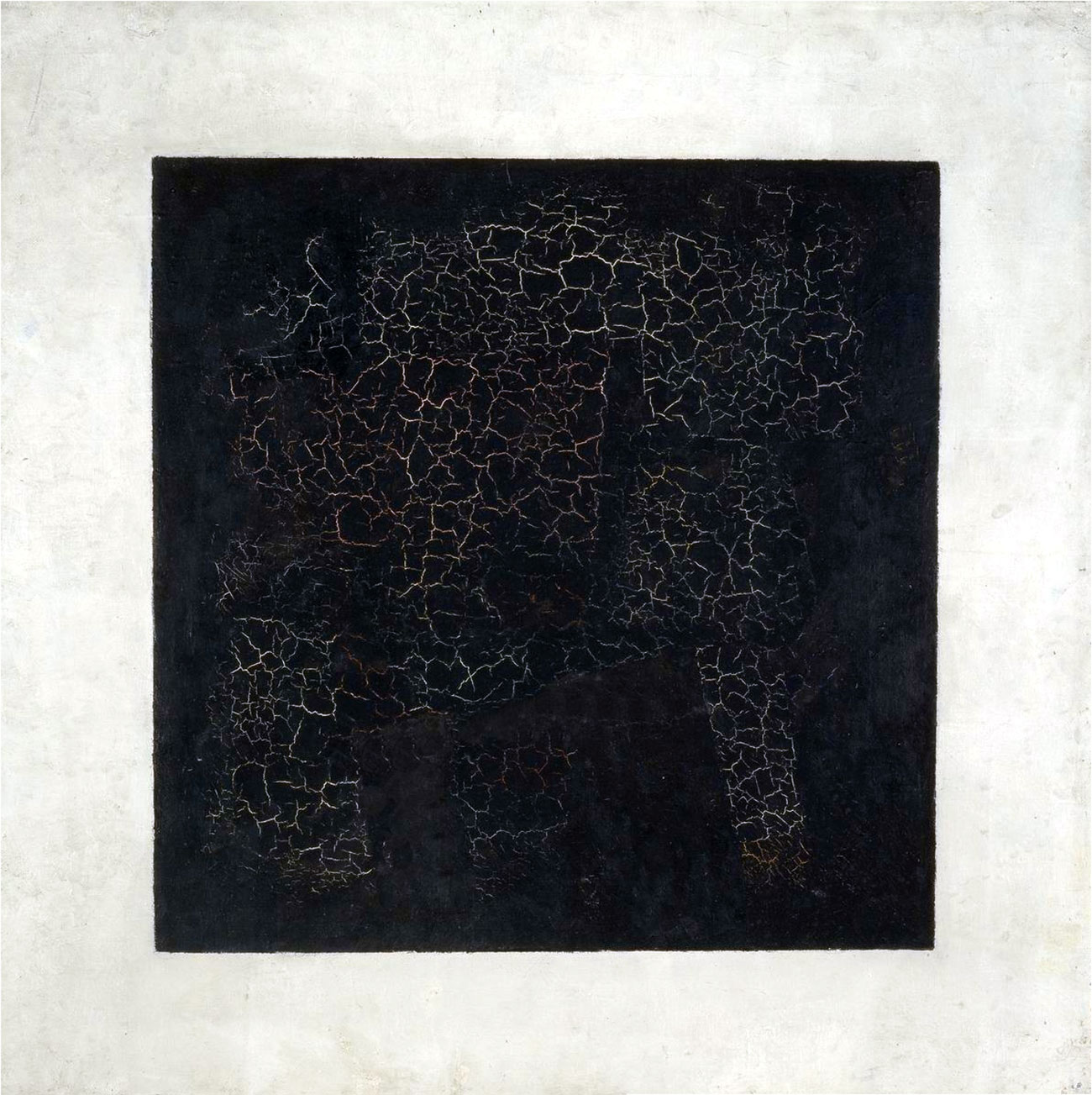 When we see a canvas, an object, a combination of shapes and colors, our brain unconsciously tries to see, to read something familiar, to get something from its “database”, we simply start dreaming, even though we didn’t command it to ourselves. The contemplation of Suprematism resembles to a summer fun looking for images in the clouds when we contemplate the form and gives it the content. We would eventually call it natural avant-garde!

The composition of Kazimir Malevich’s red rectangles paraphrased by us has become the symbolic point in the studio.

We placed it in the head of the bed as a kind of gravity center of dreams and made it in the ancient technique of sgraffito, thus we gave a tribute to the first ancient artists who had tried to give as much possible detail to their art as they could and related it to the plot where the details are deliberately neglected according to the idea and philosophy of the artist.

The story of the studio’s author,
how not to be afraid to spoil
the “clean sheet”, finding
inspiration, and craftsmanship.

The story of the studio’s
author, how not to be afraid
to spoil the “clean sheet”,
finding inspiration,
and craftsmanship.