About a smuggler’s
secret haven on a stone
island – a shelter for
those who are
on the run.

The Pirate Studio is designed to induce the feeling that outside of it, there is nothing but water for hundreds of miles. It creates a sense of refuge from below-the-radar, and protected so that you can monitor what is going on in the world, while remaining undetected. This feeling comes from the purity of this space and within details, as if carefully laid out by the owner of the shelter in their specific places …

Taking a boat trip, you stumble upon a rocky island within the surrounding jungle. You disembark and decide to take a deep stroll. You pass the stony beach, make your way through the thickets, go around the waterfall and end up finding a rock on the opposite side of the island, discovering a cave with a hidden door in it. You open the door and it leads you into a cave full of sunlight. On the far side of the cave, you see shutters covering the openings, letting in sunlight. Through them you can see the water’s surface. Looking around, you see that the objects have not been touched for a long time, as they are covered with a layer of dust. No trace of the host is visible. You find rudely made furniture, a swell in the center of the cave, a berth, a cooking table, a book collection that could fill a library, and several artifacts, consisting of: chains, screws, and ship bulkheads and details of the ship hang everywhere. All of these findings tell you that this dwelling was built a long time ago, perhaps about fifty years ago, judging by the state of the parts and the rust on them. But there is something that confuses you…you see a satellite dish, Internet access and several screens that display what is happening in the world. You think, “Where did I just find myself?” On the shelf among the books you see there’s a diary with notes…

My name is Alikhano, and I’m the captain of a fish trawler. I’ve owned this old tub for five years now, but I still can’t manage to make enough money. I still haven’t paid off the bank that gave me the loan to buy this boat. My business is getting worse and worse, and even though I work all of the time I have a lack of sleep. I’m starting to think that I wasn’t made for what I’m trying to do now… 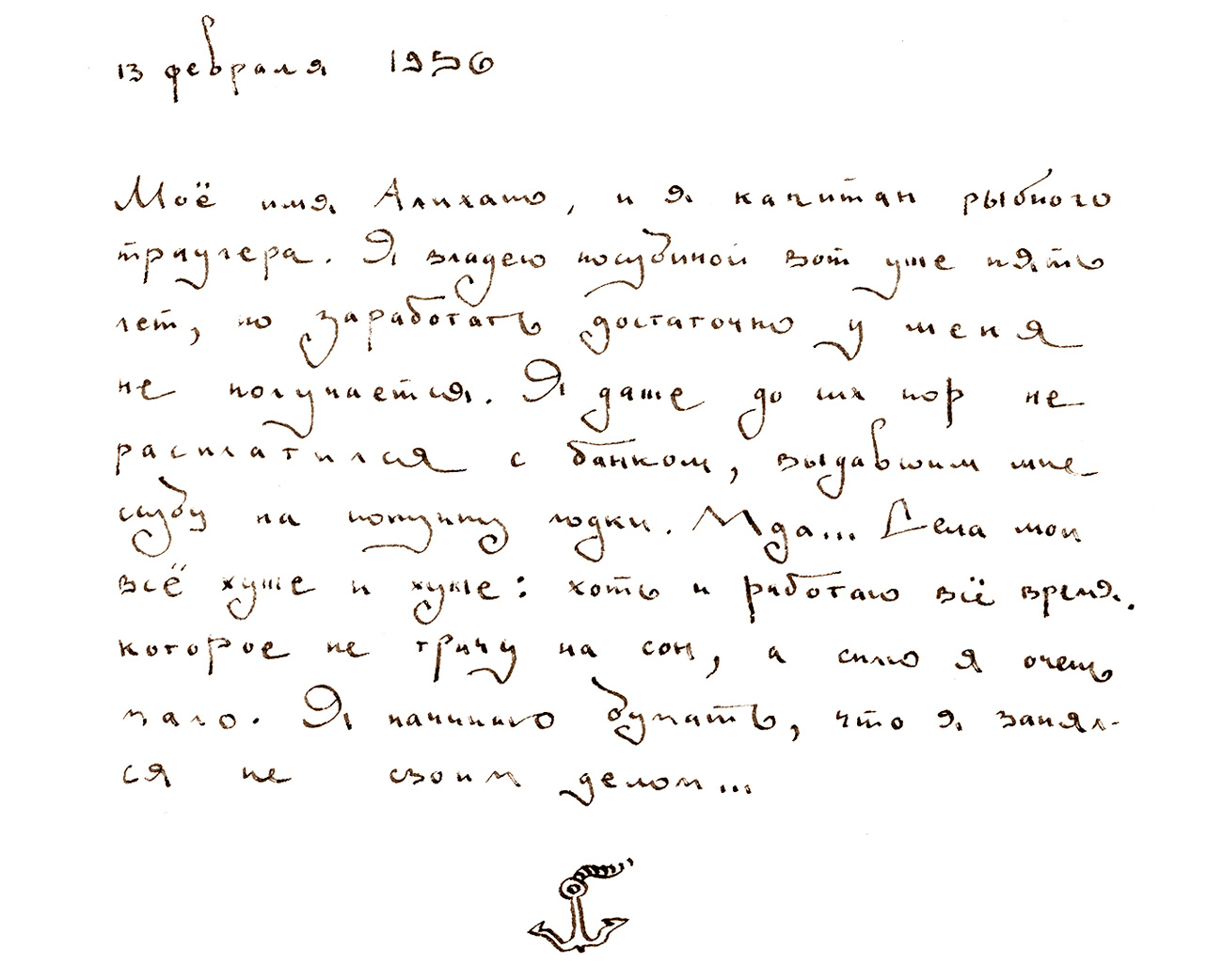 I have to stop paying myself to be able to pay the crew. The government constantly raises taxes, and inspectors ask for more and more payments. In an attempt to make ends meet, I accepted a proposal by one fellow, who seems to be Cuban, to transport several boxes with medications to another place where it is forbidden to carry them. I hope this will work out. 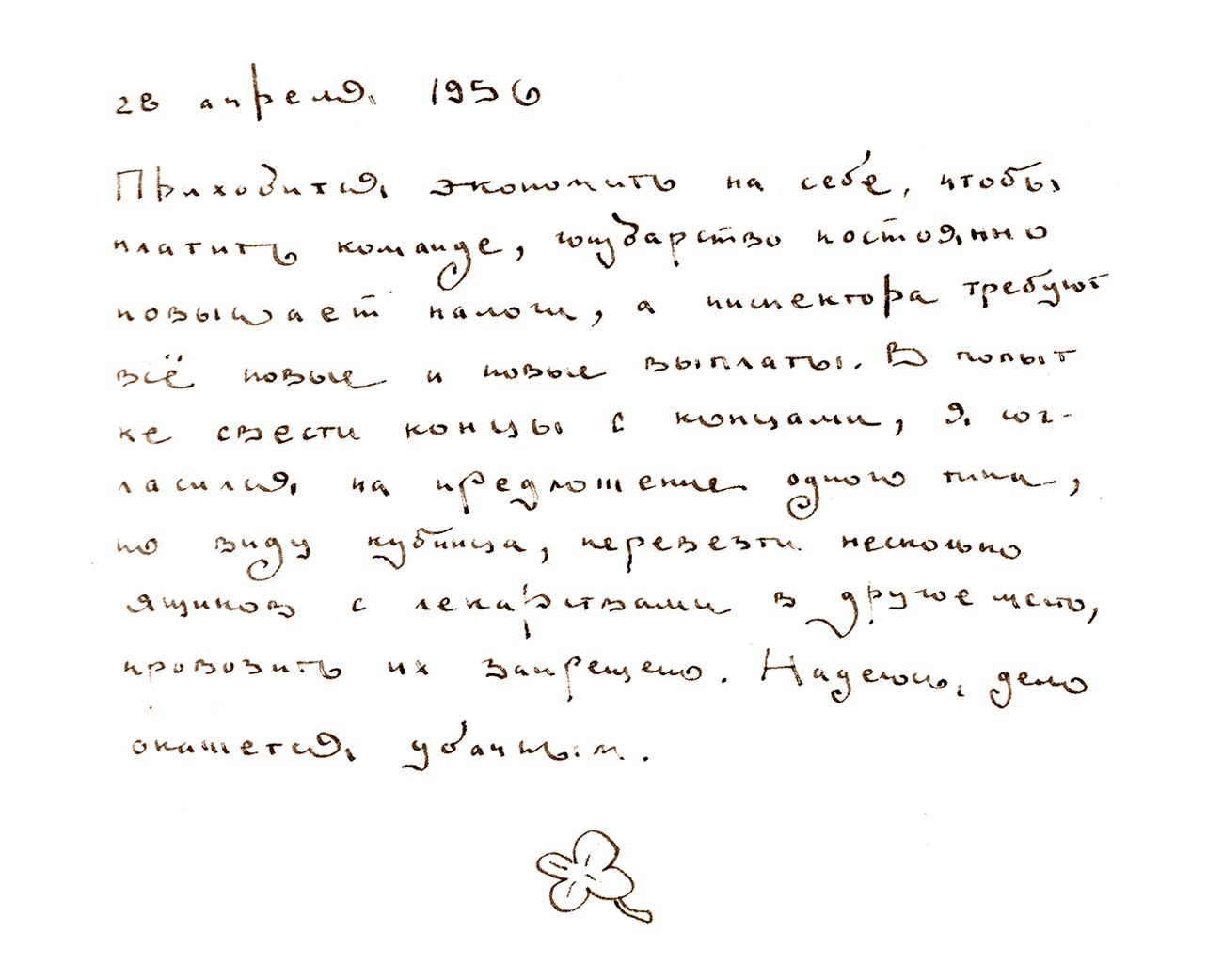 It’s been a few months since I started engaging in smuggling. This affair is much more profitable than fishing. I’ve almost paid off all of my debts, I regularly pay the crew, delegating the most reliable members into my plans. 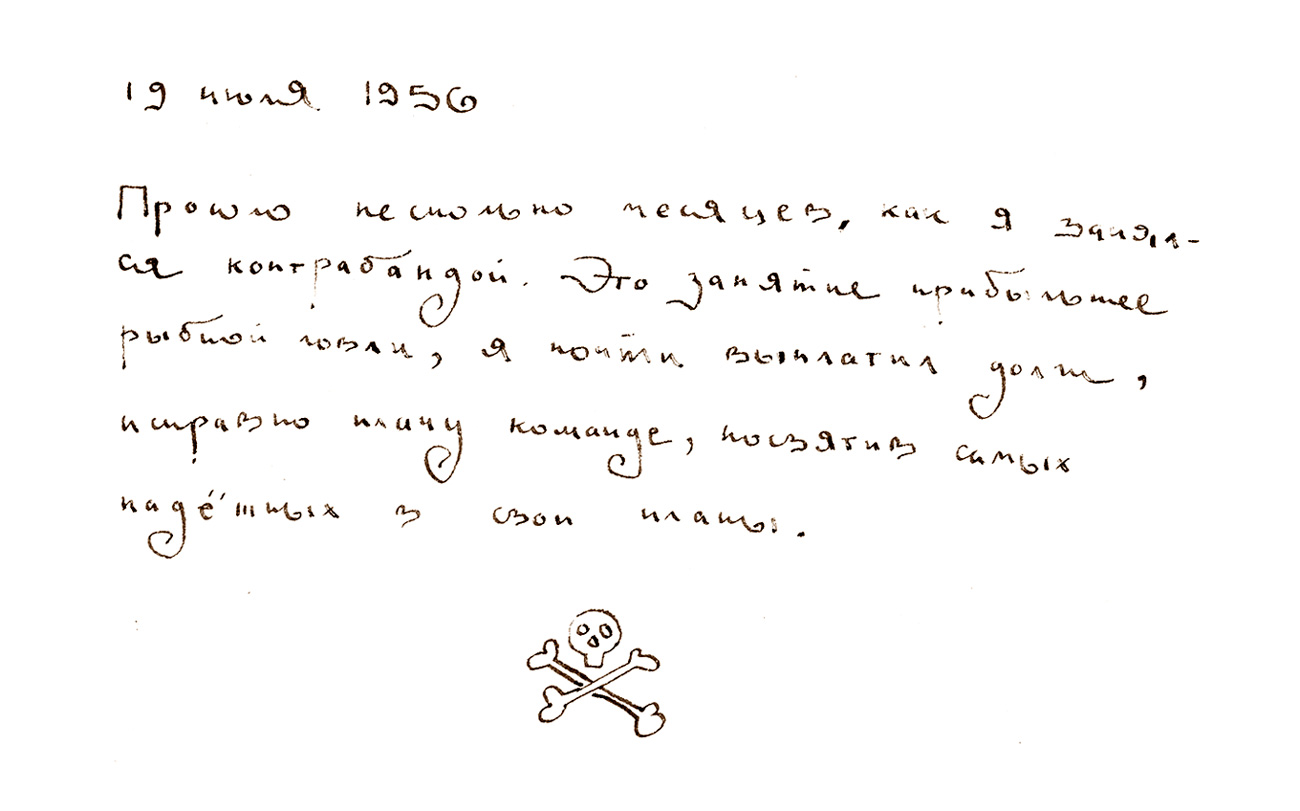 There are few people that I can trust on my team to transport boxes with medications, alcohol, antiquities, using fishing as a cover, which means, of course, we have to catch enough of fish. 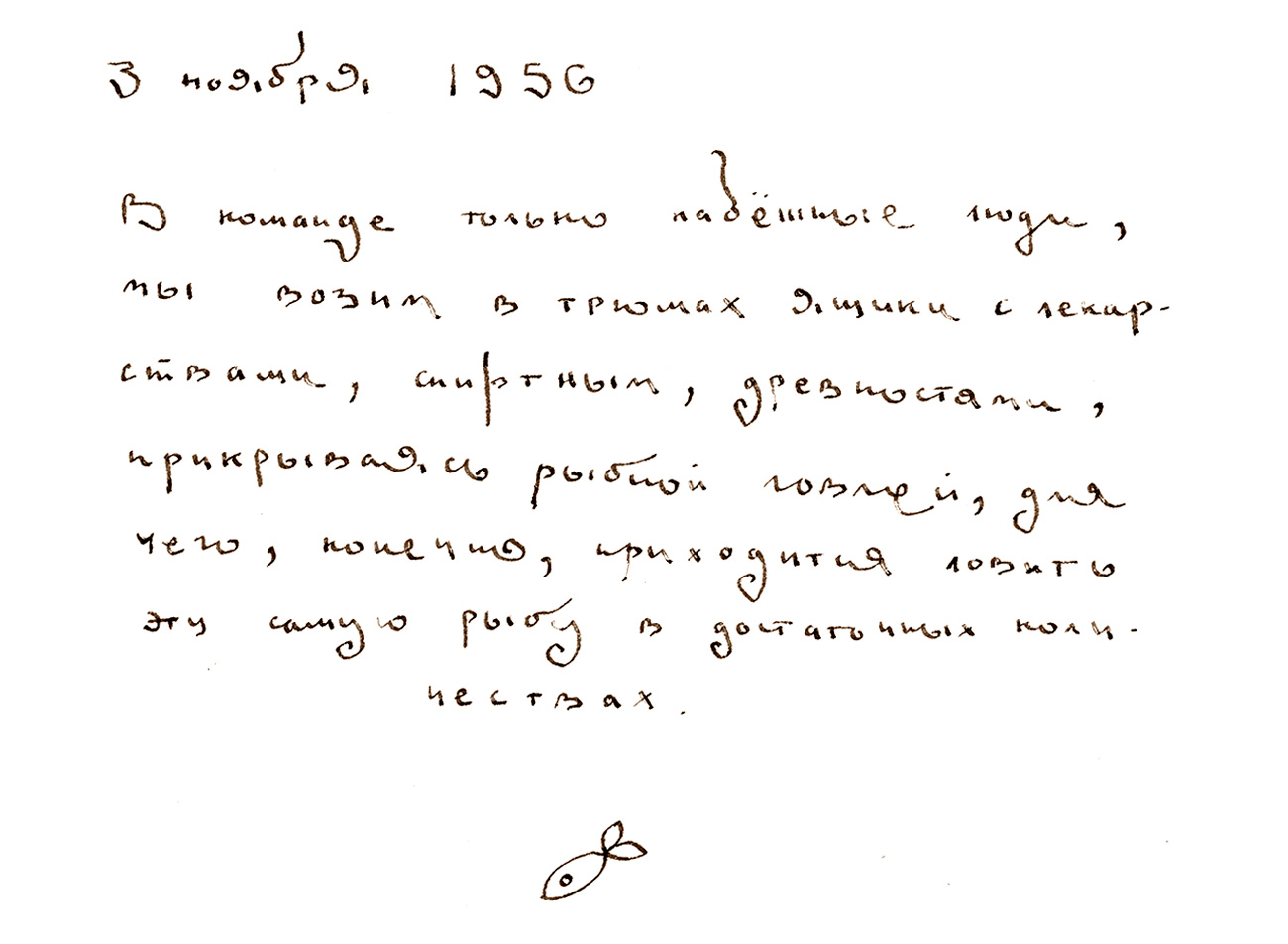 I already have several fishing boats, two of which are engaged in secret shipments. I pay people in the harbors, I bribe the inspectors, I have eyes and ears everywhere. Things are going well! 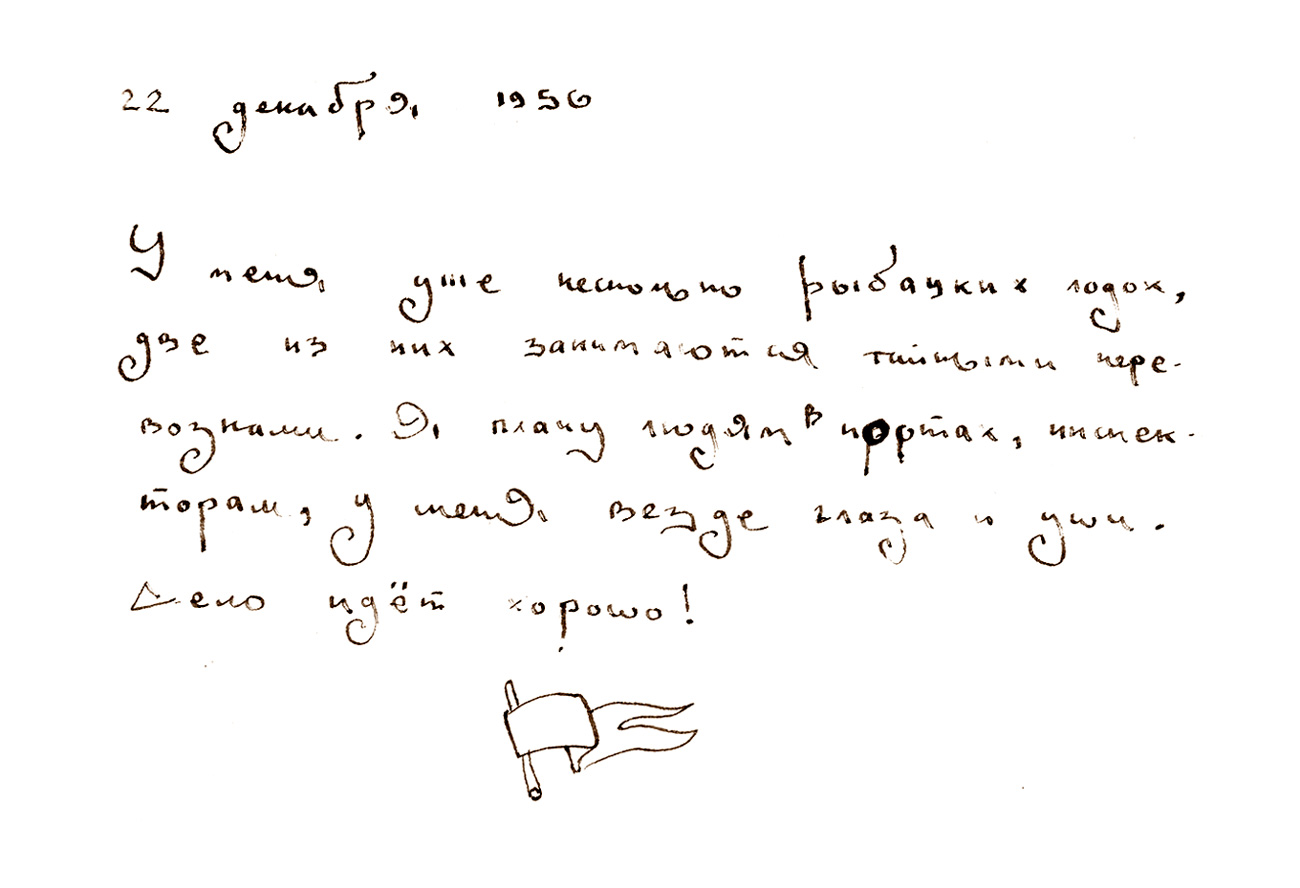 Today we’ve got quite a suspicious job contract. As usual, from One-armed, it should have been the antiquities, but when we loaded the boxes, I smelt a strange smell. While travelling with the assistant, we went downstairs into the hold, opened the boxes and found out that the mummy case cleaved in two, and we found an explosive inside. Looks like we’ve got ourselves into a pretty pickle. 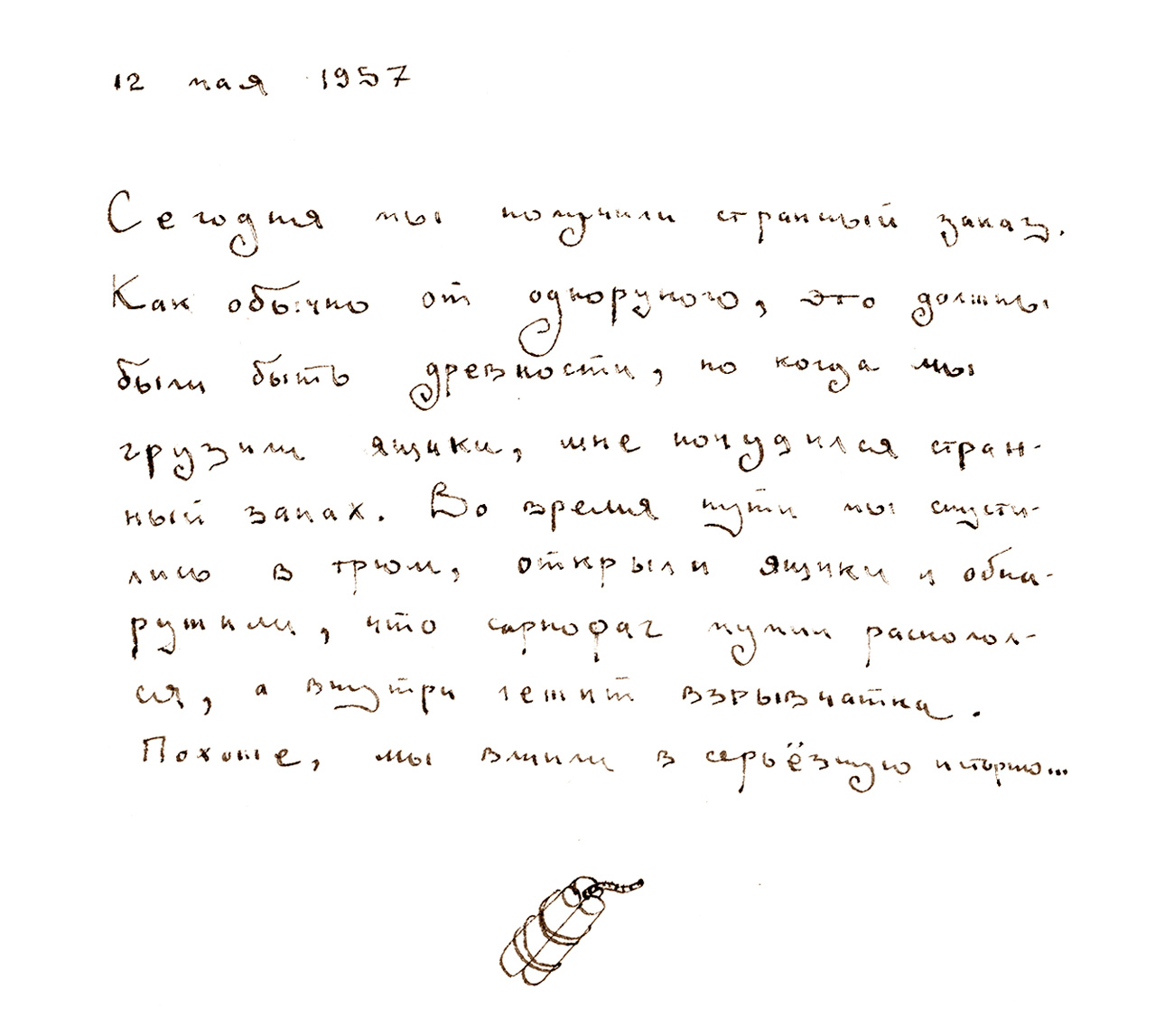 Well… this affair with the mummy cases and explosives turned out badly. Secretly and at a reduced price, I sold the boats to one moneybag and paid off the crew. At night I left the harbor, and headed south. 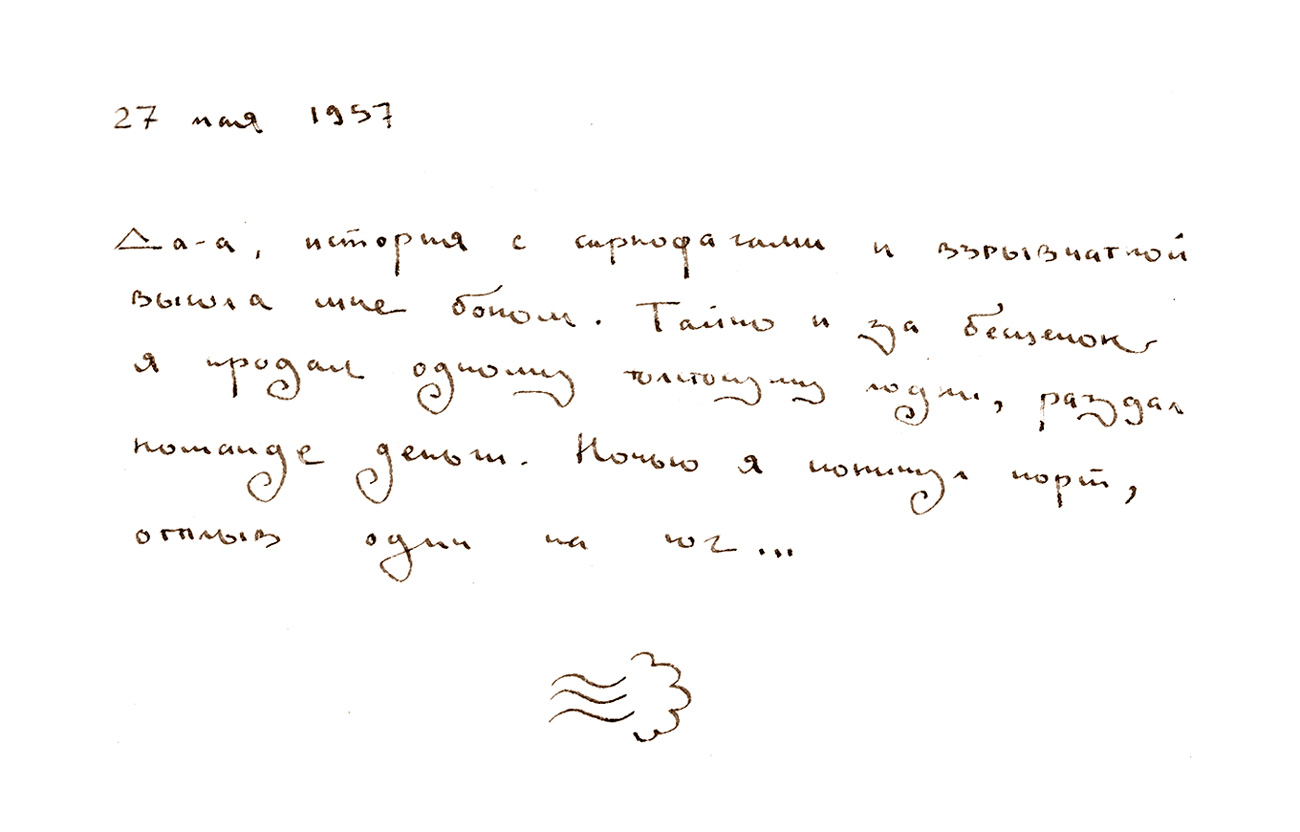 Finally, I reached my destination. A small rocky island hidden within a jungle in the middle of nowhere. No one will find me here. I brought my ship to the bay, safely protected from hurricanes and ships passing by, so I dropped my anchor. 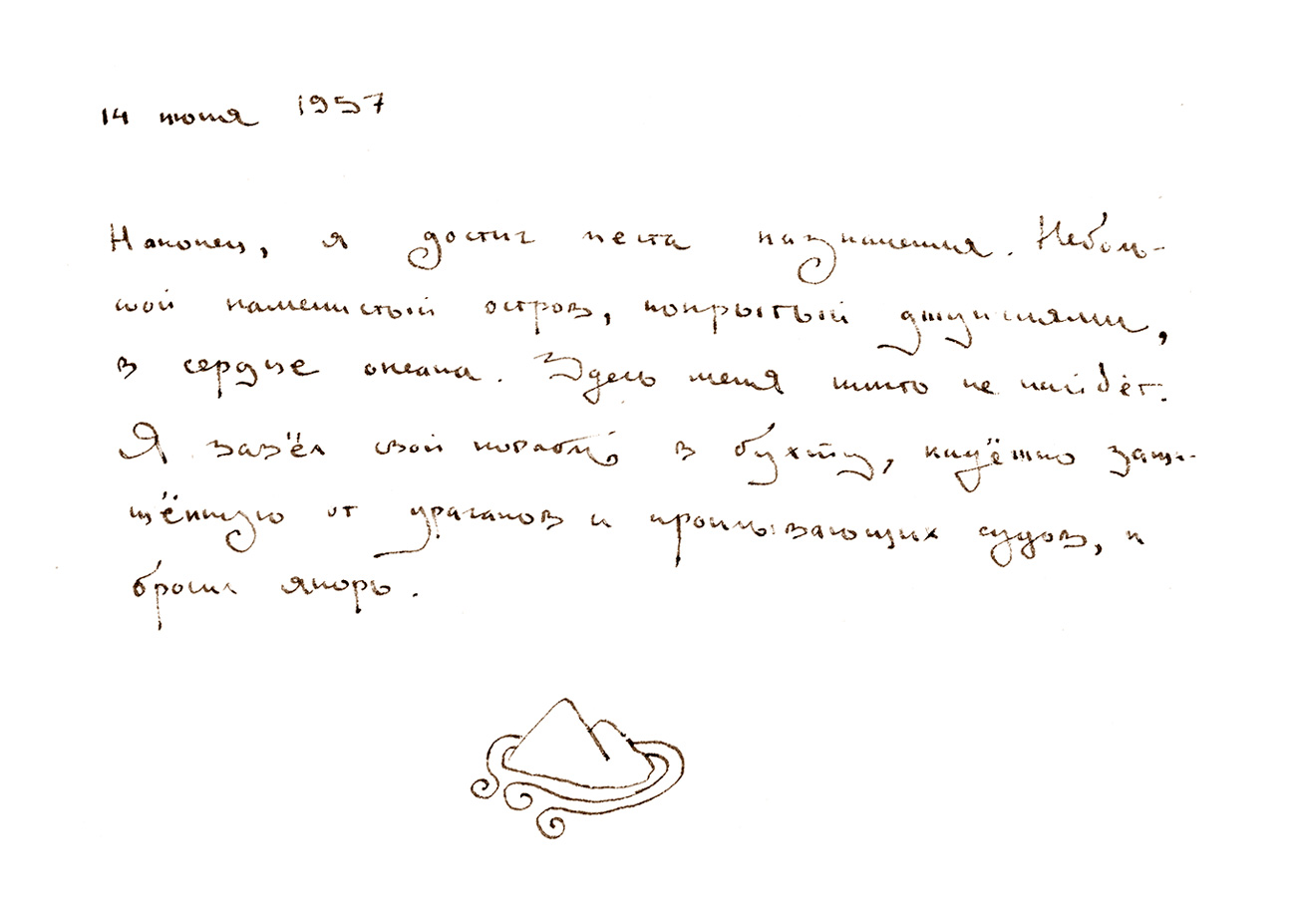 First day on the island

I discovered this rocky island many years ago. Filled with rocks and jungle, a beautiful waterfall resides in the center, and a rock on the opposite side of the island, abruptly sits in the water creating a cave, perfectly made for hiding. Then I decided, when I get old, I will spend my last days on this island. I am still far from gray hairs, but right now I need a place to properly hide. 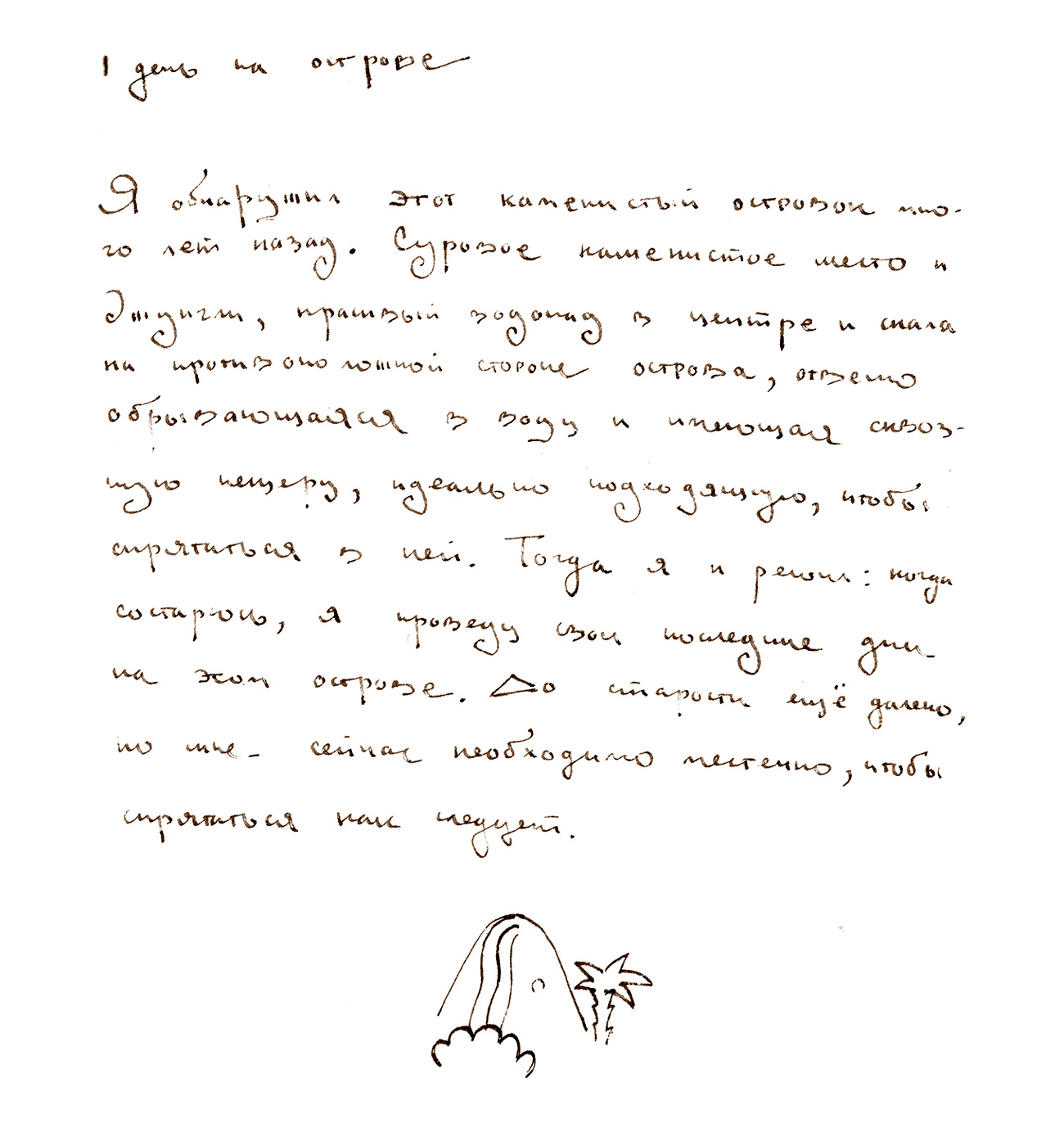 From some parts of the ship that I took from the barge, I hardened the cave so that I would not feel overwhelmed and built a safe place to sleep. I dragged a generator and drained some fuel from the boat, so if I needed light, I could arrange it myself. I have axes, saws, hunting, and fishing equipment, I should be ok. And, of course, I brought a whole box of books, that remained from a previous adventure. No better time than now to read. 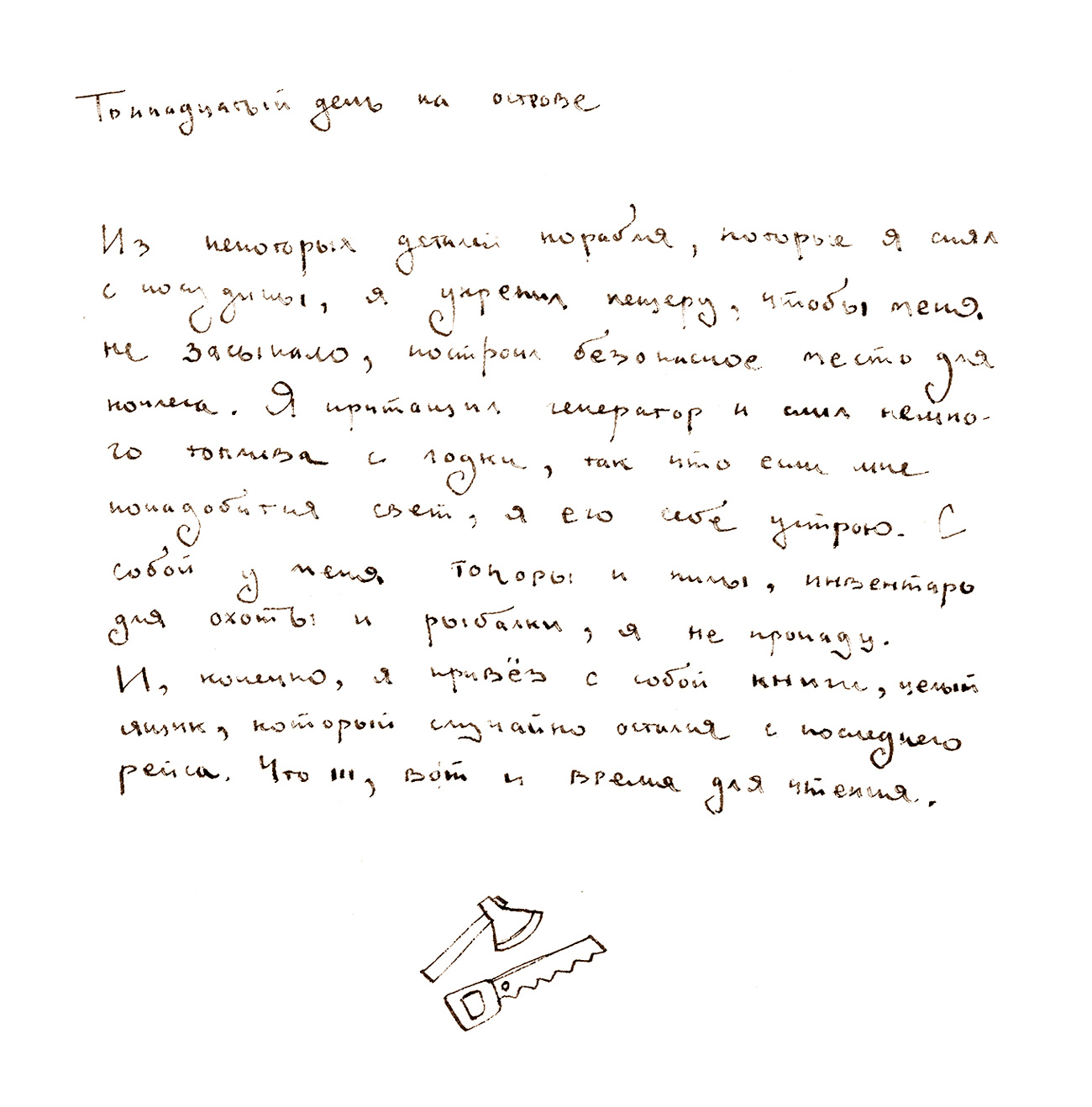 I tamed a multi-colored parrot, and built a high pole and crossbar in the cave where he can sit. The parrot repeats my words after me. Sometimes we chat, sometimes saying rude things to each other. I named the bird Rum, although I do not know why. I also feed little monkeys that live in trees near my cave. 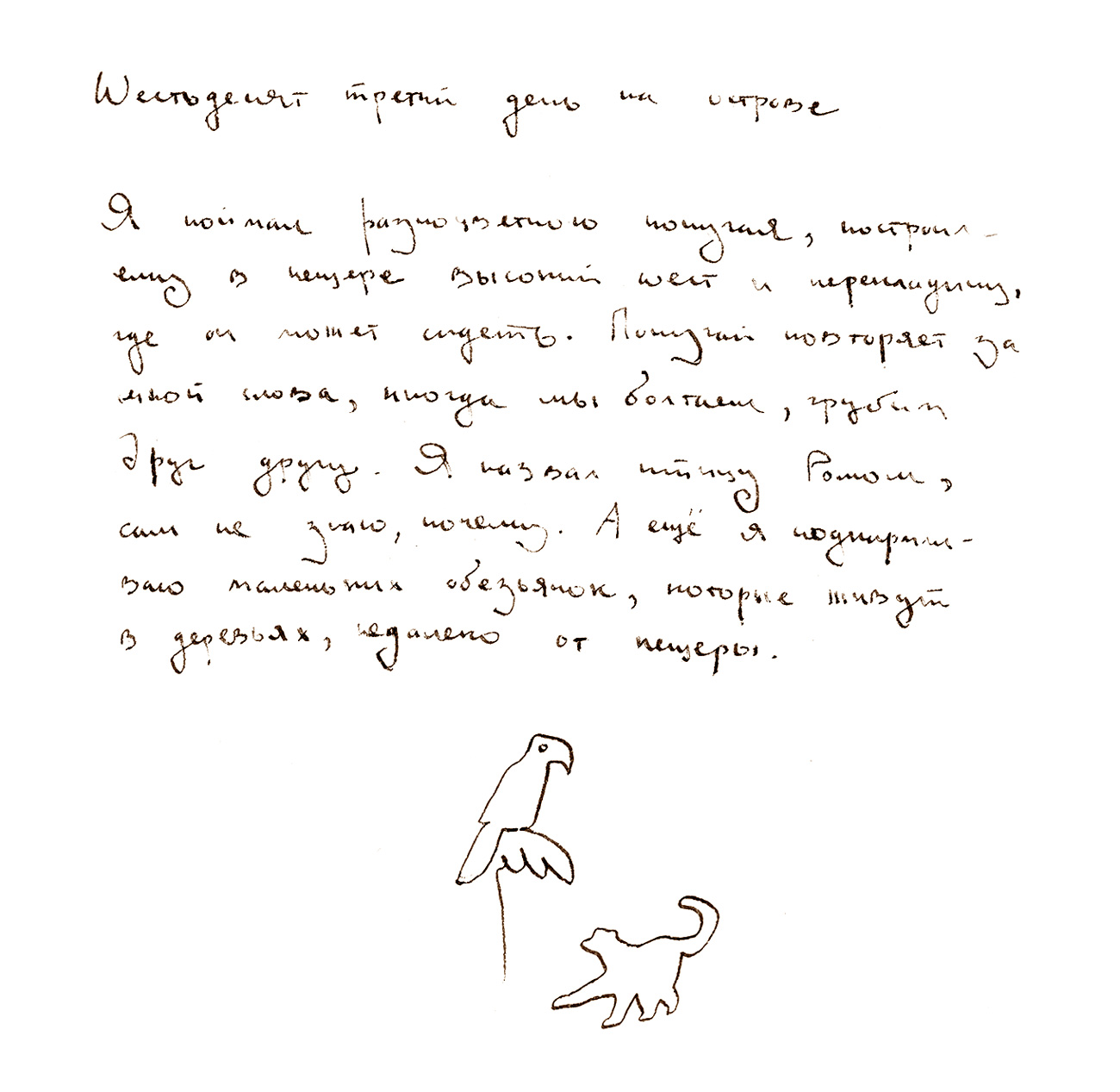 According to my calculations, enough time has passed, and I am no longer wanted. I repainted the boat using the paint I took with me, and changed its name. It’s time to move on as I planned. I feel lucky… Goodbye, my refuge, hopefully we will see each other one more time.

This diary was written in the middle of the 20th century. You are in the same shelter of this smuggler, the author of the diary. This shelter was built inside the cave, using parts of its ship. But where did all these gadgets of the late 20th and early 21st centuries come from? The end of the diary states the following:

The refuge of glorious Alikhano was accidentally discovered by us, a gang of adventurers, desperate gaggers, tricksters and brave hearts. We come here only when we need to keep a low profile. From here we spy on the world, while remaining in safety, we wait out the storm. Several boxes of rum, that brought with us, help us pass the time.

If you, a wanderer, found yourself on this island, it’s not by chance! A smugglers’ legend says that a sailor meets this island only when he needs to escape. Therefore, Wanderer, take advantage of the refuge of old Alikhano in the same way we use it. And if you have something to say, leave your message at the end of this diary. And may the luck be with you! 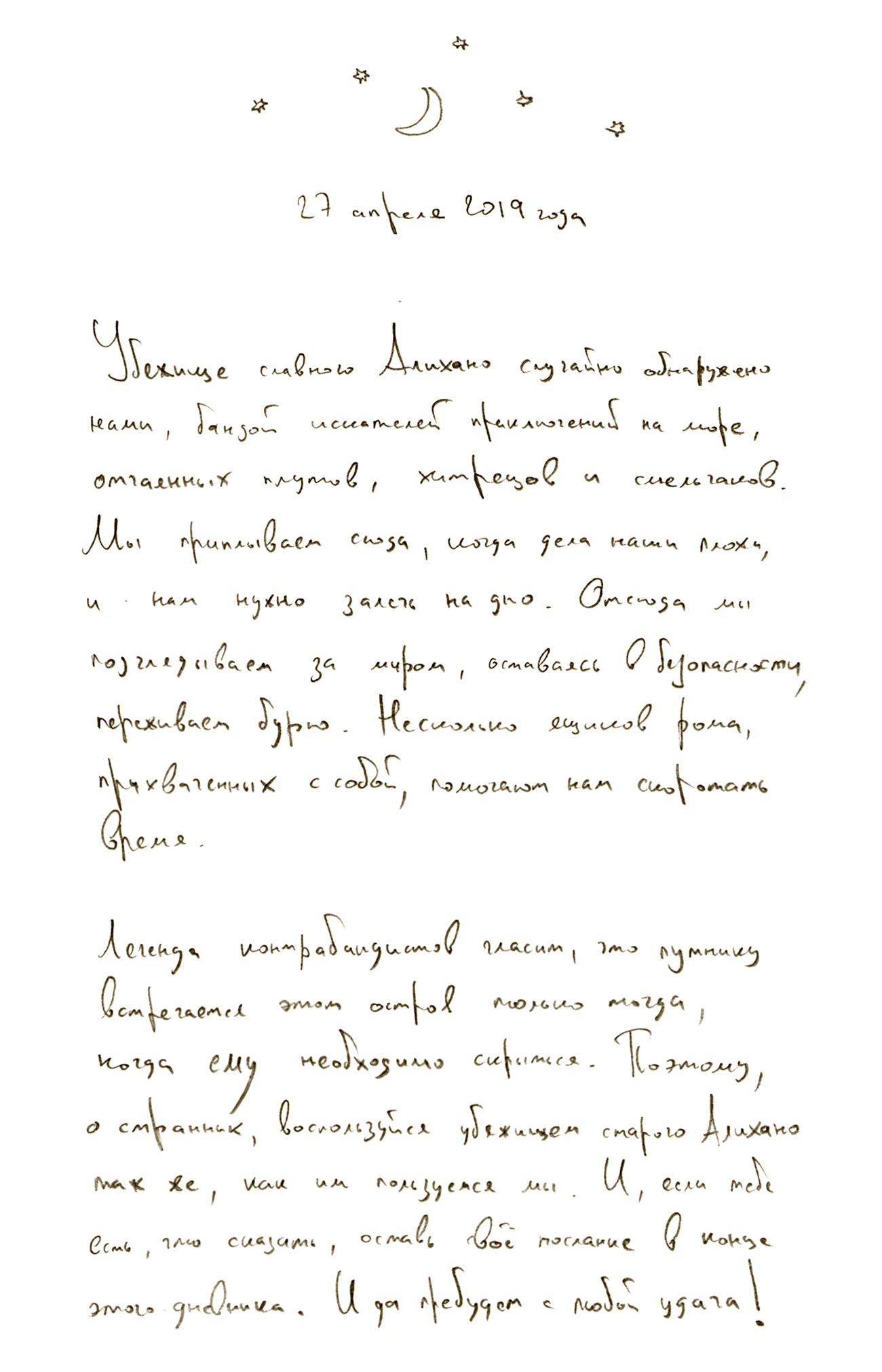 The story of the author of the studio about
the way river rafting changes your lifestyle, how
the hatchback Honda Civic became the studio’s
mascot, and what street art has to do with it.

The story of the
author of the studio about
the way river rafting changes
your lifestyle, how the hatchback
Honda Civic became the
studio’s mascot, and
what street art has
to do with it.

Now on your smartphone too